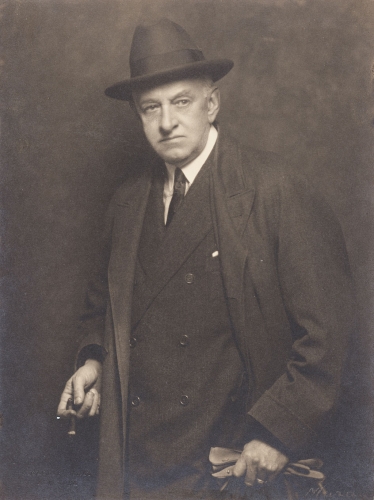 Born in Lowell, Massachusetts, Willard Metcalf was a well-known East Coast Impressionist painter, teacher, and illustrator who also did painting in the Southwest. He was heralded in 1925 as the "poet laureate of the New England hills."

He attended Lowell and Newton public schools, apprenticed to a wood engraver, and studied landscape painting with George Loring Brown. He attended the Boston Museum of Fine Arts and life classes at Lowell Institute. He did much work in the Southwest, and as early as 1881, was in Santa Fe. His illustrations of the Zuni Indians for Frank Cushing's ethnological studies appeared in "Century Magazine" in 1882 and 1883, and other Pueblo illustrations were in "Harper's Magazine."

Sales from his illustration work financed Metcalf's travels in Europe from 1883 to 1889. He studied in Paris at the Julian Academy and was exposed primarily to traditional styles of painting until he visited Giverny, the home of Impressionist painter Claude Monet. Metcalf was perhaps the first American to arrive there. However, his word did not show much reflection of this new style until he went to Maine in 1903. From then, his painting, many of them seasonal landscapes, became more vibrant and atmospheric. His interest in Impressionism led him to become one of the founders of The Ten, a group of Boston and New York painters pioneering and promoting that style.

He settled in New York City and worked as a magazine and book illustrator and teacher at Cooper Union and the Art Students League, but continued to visit the New England landscape and became one of the leading members of the Old Lyme Art Colony in Old Lyme, Connecticut. 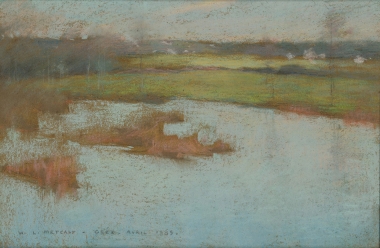 Willard Leroy Metcalf
Grez, View of a Village
Back To Top