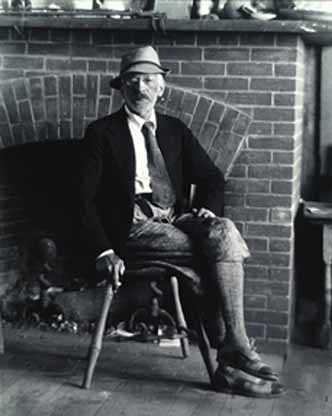 Charles H. Woodbury was born in Lynn, Massachusetts, where his earliest work was part of the oeuvre of the group later known as the Lynn Beach Painters. While an undergraduate at MIT he became a regular exhibitor at, and at 19 the youngest member of, the Boston Art Club . After graduation from the Massachusetts Institute of Technology (with degree in Mechanical Engineering), in 1886 Woodbury had great success painting up the New England coast and in the towns and beaches of Nova Scotia and exhibiting the results. From January to June 1891 he was a pupil of the Académie Julian in Paris, after which he went to Holland, where he studied the techniques of the modern Dutch painters. Upon his return to New England he settled in Boston for his winter studio and spent his summers in the small fishing village of Ogunquit, Maine; there he founded one of the most successful of the summer art colony schools that even survived his death. He was one of the most sought-after teachers of his generation, having begun teaching on a regular basis while a freshman at M.I.T. Ironically, he had little formal training himself other than a few months of classes at the Academy Julian in Paris. Like Winslow Homer, another New England painter with an affinity for summers in Maine, he preferred "to work out his salvation with little help from others in his profession". Nevertheless, Woodbury maintained a close friendship with John Singer Sargent and a pleasant acquaintance with many of his contemporaries including J. Alden Weir and Childe Hassam. He was president of the Boston Watercolor Society, and became associate of the National Academy of Design, New York in 1906 and a full member in 1907.

In his later years he spent his winters in the Caribbean sailing from island to island painting watercolor studies of the beaches and town backed by dramatic mountains and clouds. Over a large part of his career he made some of the most expressive etchings of any American artist of his time, completing more than 500 plates and teaching many younger artists to express themselves in this medium. He died on January 21, 1940 in Jamaica Plain, Massachusetts. 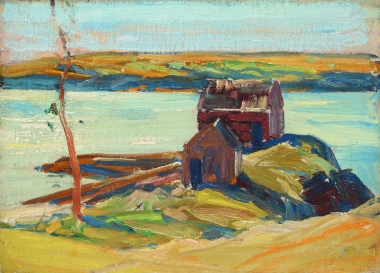 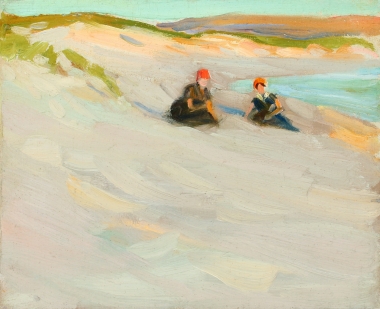 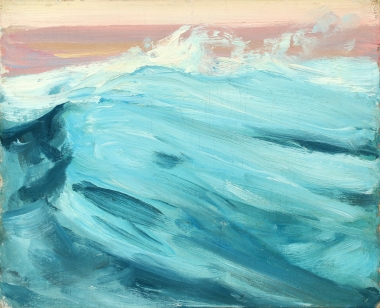 Charles Herbert Woodbury
Study of Water, Ogunquit
Back To Top