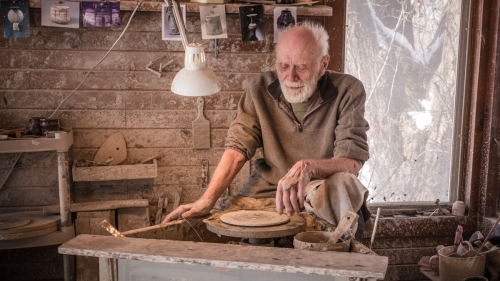 MacKenzie and his first wife, Alix, studied with Bernard Leach from 1949 to 1952. His simple, wheel-thrown functional pottery is heavily influenced by the aesthetic of Shoji Hamada and Korean ceramics. He is credited with bringing the Japanese Mingei style of pottery to Minnesota, fondly referred to as the "Mingei-sota style."[1]

MacKenzie described his goal as the making of "everyday" pots. Accordingly, although his pots are found in major museums and command high prices among collectors, MacKenzie has always kept his prices low and for various time periods did not sign his work (1970s, most of the 2000s) until recently resuming the use of his chop at the end of 2009. Most of his output was produced in stoneware, although he worked in porcelain at times during his career. 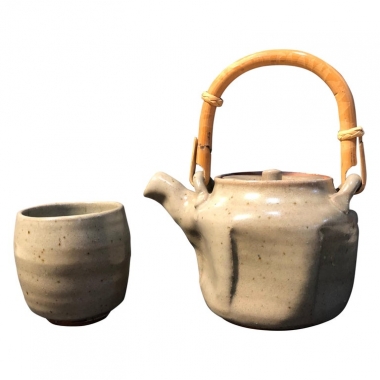 Warren MacKenzie
Grey Teapot and Grey Yunomi
Back To Top